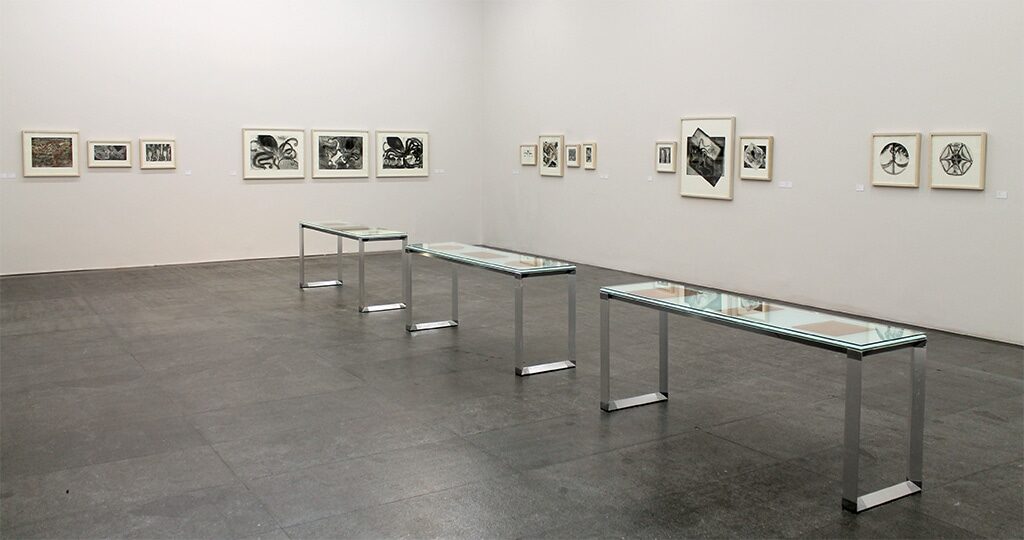 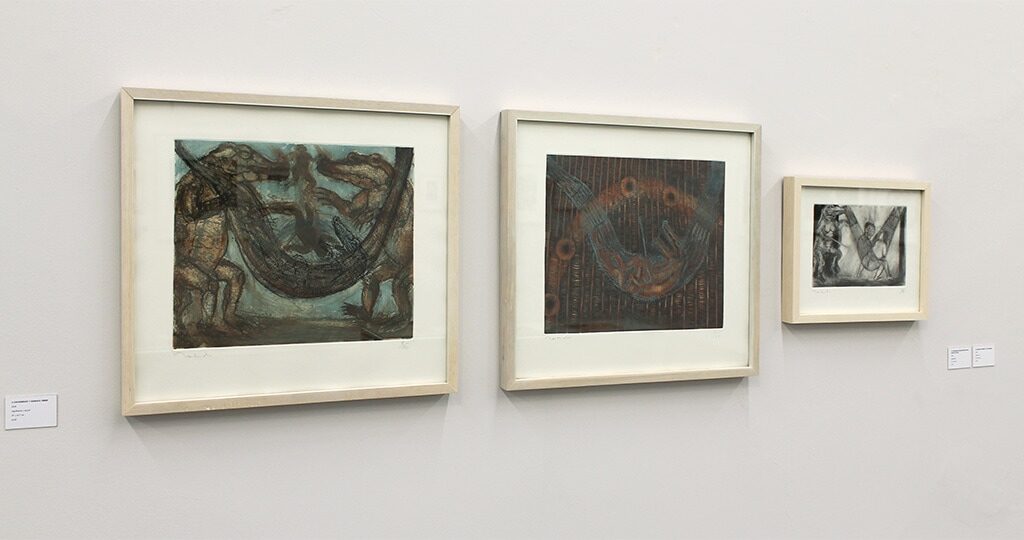 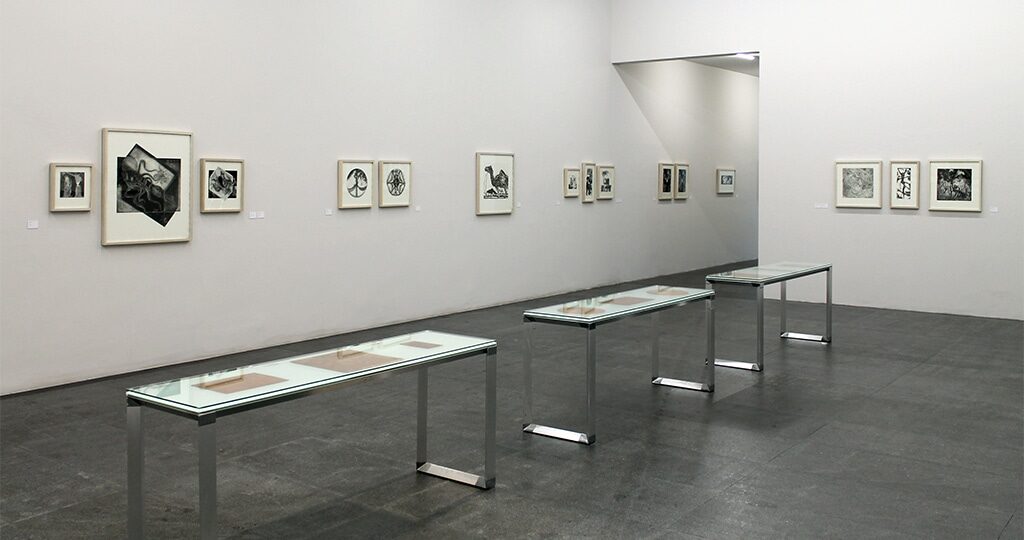 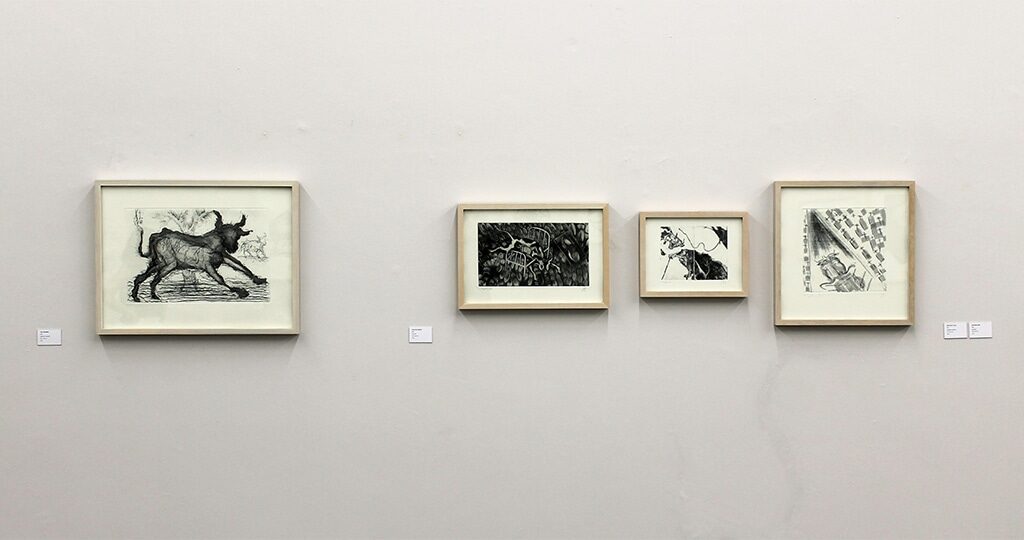 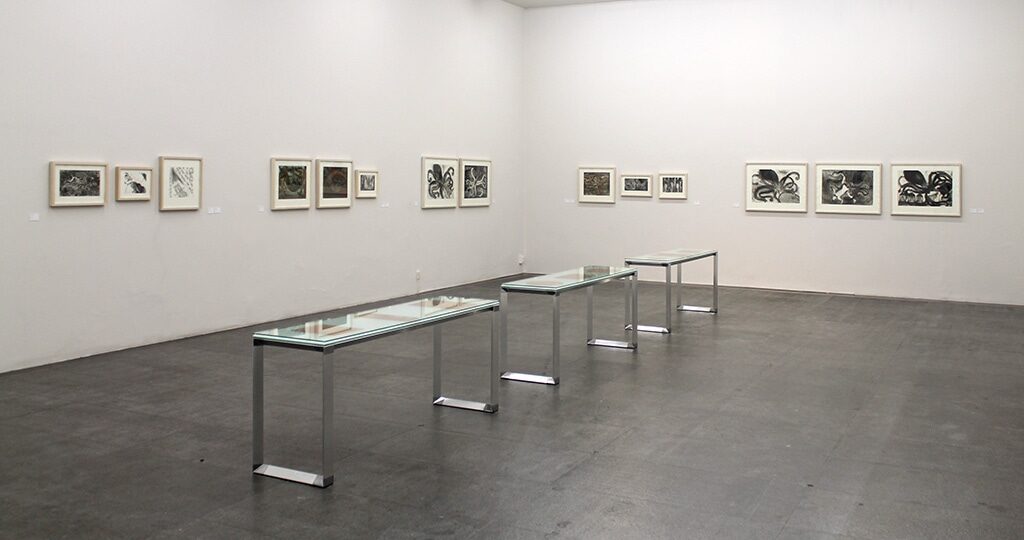 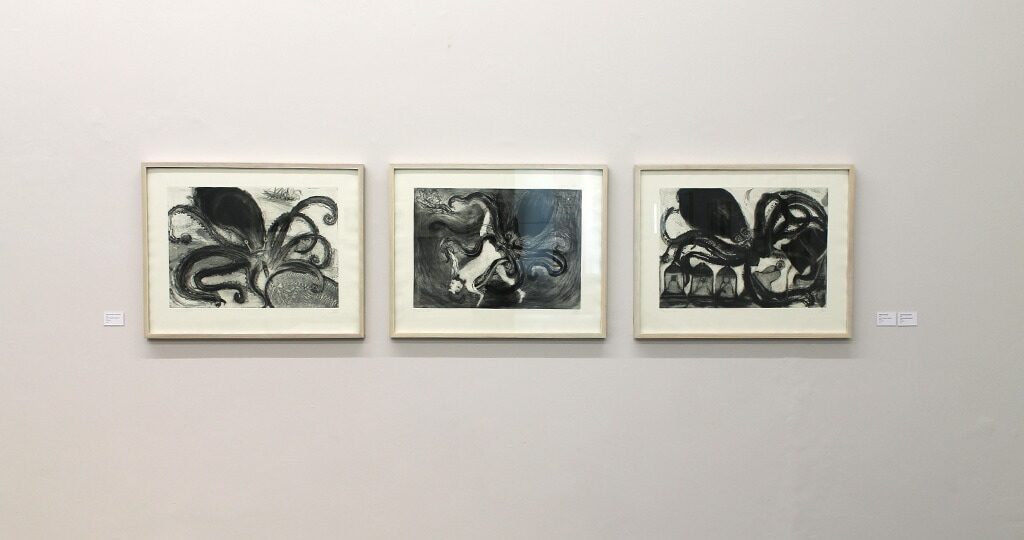 “The supreme gesture belongs only to gods and animals. To men it only corresponds to imitate them”, Roberto Calasso wrote about the art of hunting.

Humanity has tried, for a millennia, to emulate the power, cunning, beauty and grace of animals… and of the gods. What kind of “supreme gesture” do we have today to talk about them, at a time when we have banished some and others too extinction, to disappearance, to lack of meaning? By disassociating ourselves from the divine (or from the diversity of religious experience) and from nature, the territory of our action in the world seems barren, desert. Or at least that presupposes the mass extinction that we have caused.

Opposed to a type of art that speaks of the human desert as the scene of the catastrophic, is the work of an artist such as Francisco Toledo, full of symbols, intersections, ancient references that dialogue with the natural world (natures) and the mythology (or mythologies).

The images of the Mexican painter remind us of the fragility in which we find ourselves, in which all the things that are disappearing are found, languages, trades, experiences, ways of life. He sought, perhaps, to make the sum of all these fragilities a force of his own, a voice with which to oppose contemporary indifference.

Toledo always moved through the margins, the unsaid, the silent and subtle. He preferred to blend in, collect and praise the minuscule, reflect on particular natures and build a possible narrative for each animal or plant.

He was not interested only in describing what he saw, but in inventing, speculating on new taxonomies, or making visual annotations around images that belong to the universal imaginary, for this reason, we can observe the poet Matsuo Bashõ turned into a toad under the banana trees of the tropic. Or the crocodiles playing with hammocks, making a nod to the mythology of the earthquakes in Isthmus of Tehuantepec.

In ancient times, Herodotus was already fascinated by the images of the terrible (and beautiful) Egyptian gods, part human, part crocodile, wolf, winged lion… All these representations did not seem random to the Greek historian. They were even “more perfect than ordinary mortals”: perhaps they reflected very well the ambiguity of the “sacred experience”, as various historians have suggested This ability to combine dissimilar elements and create something new seemed fascinating to Toledo, who liked to take history and its images and create visual proposals that are perfect “hybridizations” between culture and nature. Likewise, we can suggest that every piece in Toledo is offered to the viewer as a narrative, as a possible story that builds the world for everything that entered its field of vision, whether they were objects or living beings.

These prints have a patina of antiquity, or remoteness. They show us how distant elements are suddenly left before our eyes. And they coexist with our present, so imbued with technological concerns, indicating that the elemental, the tiny, the fragile, can be an aesthetic (and even ethical) response. These prints invite us to silent contemplation, to create a reflective space, to stop our busy time. For Francisco Toledo, the supreme gesture consisted on drawing, painting, designing, modeling, making art, and managing to create an equivalence of all signs, of all possible experiences.

Francisco Benjamín López Toledo, (b.1940) was born in Juchitán, Oaxaca.

From a very young age he found his vocation in drawing and painting, at only 17 years old he enrolled in the Free Engraving Workshop of the School of Design and Crafts in Mexico City. It was Antonio Souza who baptized the artist as Francisco Toledo, at the same time that he promoted his first individual exhibitions (at the age of 19) at the Antonio Souza Gallery and at the Forth Worth Center, in Texas.

Around 1960 the painter settled in Paris, where he made friends with creators such as Octavio Paz and Rufino Tamayo, in addition to consolidating his artistic training. At that time he collaborated in the engraving workshop of Stanley Hayter, one of the most influential engravers of the 20th century.

Upon his return to Mexico, Toledo spent several seasons in his homeland, in the region of the Isthmus of Tehuantepec, which he tried to get to know in depth through the study of the customs, language and art of the place. In the 1970s he began to investigate certain craft techniques —such as textiles and ceramics — that would influence his subsequent artistic creations.

In 1993, he founded the civil association PRO-OAX (which aims to defend the cultural and historical heritage of the City of Oaxaca), an organization that has collaborated in the formation of spaces such as the Fray Francisco de Burgoa Library and the Ethnobotanical Garden, in addition to joining causes such as the defense of regional languages or the fight against transgenics.

It should be noted that the cultural centers he founded have transformed the way people approach culture, among them are: the Manuel Álvarez Bravo Photographic Center and the Jorge Luis Borges Library for the blind (1996), the Eduardo Mata Sound Library (1996), the Oaxaca Paper Art Workshop (1998) and the San Agustín Etla Arts Center (2006). These establish an intimate relationship with users, a permanent update of their collections and constant interaction with the national and international artistic community.

He was always a separate creator, someone who created his own path. Various traditions converge in his work, which can be described as the display of original knowledge in a contemporary context, or as the constant updating of essential elements in a work with a strong intellectual accent. Due to its themes and concerns, his work is heir to a very broad history of Mexican art and can be traced back to the pre- Columbian period.

It should be noted that he was an exceptional reader and was widely acquainted with universal art. André Pieyre de Mandiargues wrote about Francisco Toledo: “I do not know of any other modern artist so naturally imbued with a sacred conception of the universe and a sacred sense of life, who has approached myth and magic with such seriousness and simplicity, and who is so purely inspired by ritual and fable.”

He came to exhibit at the Kunstnerner Hus, in Oslo, Norway (1962), at the Karl Flinker Gallery, in Paris (1963), at the Dieter Brusberg Gallery, in Hannover, Germany (1964). Museum of Modern Art, in Mexico City (1980), at the White Chapel Gallery, in London, and at the Reina Sofía Museum, in Madrid (2000), in addition to having presented his work at the Tate Gallery in London and in Latin American Masters, in Los Angeles, among other international venues.

The combination of life and work of the oaxacan stands out like few others both in Mexico and internationally, as he remains strongly committed to the problems of our time without moving away from his personal concerns. While he is linked to creators such as José Guadalupe Posada, Rufino Tamayo or Rodolfo Nieto, some scholars have suggested that Toledo’s work is heir to and continuation of that of James Ensor, Paul Klee or Jean Dubuffet, and many other creators.

Francisco Toledo passed away on September 5, 2019.